Edelmira Barreria Diz, a senator in the Galician parliament and a demographic expert, has been tasked with reversing Spain’s population crisis.

Her appointment as head of the commission for demographics by Prime Minister Mariano Rajoy comes in a bid to reverse the trend of Spain’s diminishing population. Last year, the country recorded a higher number of deaths than births for the first time since 1941. 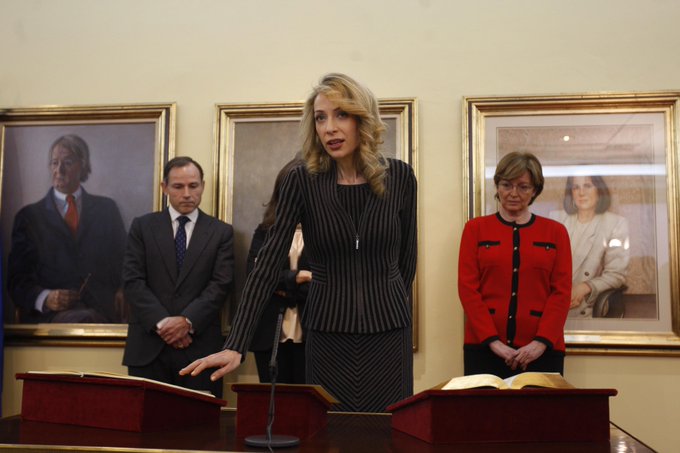 The number of childless couples tripled between 1977 and 2015; from 1.5 million to 4.4 million according to the latest issue of Panorama Social, a report released by Funcas, an association that funds studies into social and economic issues in Spain.

Since 2008, the number of births in Spain has fallen by 18 percent. Spain had one of the lowest fertility rates in the EU in 2014 at an average of 1.32 children, just above Greece, Cyprus, Portugal.

Among Europeans, Spaniards leave it the latest to have children. Spanish women, on average, have their first child aged 32 making them the oldest first time mothers in Europe according to a 2014 study by the Institute for Family Policies (IFP).

The IFP blamed the impact of the economic crisis on why many women are having children later in life.

6 rules you need to live by to have an amazing sex life The powerful differences between romance, desire, lust, passion, intimacy and love The Namibian Tribe Where Sex Is Offered To Guests Study: Vaginas need sex or they’ll waste away See what happens to your body when you stop having sex… See the 7 Healthy Reasons Why You Should Have Sex — Right Now! Sex comes before romance in modern relationships: Physical intimacy now kick starts emotional bonding, psychologists claim Mental Check: Attention-seeking men have brain disorder – Councellor Lutterodt